Earlier this year, I saw an episode of Carte Blanche where they were interviewing Prof Tim Noakes about his new diet that was causing some controversy as it’s a high protein low carb diet. I watched with interest as he discussed his findings and how following the diet had impacted not just on his overall health but his weight too, he had lost 15kg’s by following this diet. You can read the transcripts of watch the full extract here:  Carbo Controversy.

Then a couple of week’s ago, we had lunch with our bestie’s, Elize and Stian and I was astounded to see how well they were  both looking. Elize told me that they had been following the Prof Tim Noakes diet, both of them had noticed physical changes in their bodies and had lost weight, with Stian having lost a whopping 11kg’s in just 6 weeks.

This got me thinking again about that Carte Blanche story and I decided to look into it a bit more. Elize suggested I read Why We Get Fat by Gary Taubes and to be honest, I was astounded by the information contained in the book, it just made so much sense and I’m amazed at how indoctrinated we all are into believing the facts about dieting, in spite of them never been concretely proven and failing time and time again.

So this week we started following the Paleo diet. We’ve chosen to follow a modified version of this diet as per Prof Tim Noakes that does include dairy. I was worried about carb cravings and feeling hungry but I needn’t have. 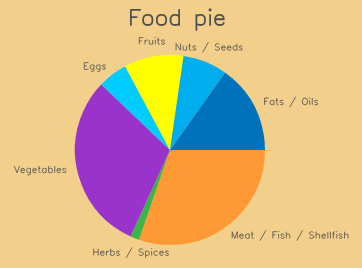 I’ve been monitoring my weight loss and since Monday I’m now down 2.4kg’s. Granted, I do have a lot of weight to loose so I do expect it to fall off quite quickly initially and then slow down as I get closer to my goal weight. But I feel well. I feel energetic, I’m sleeping well and I’m starting to suspect that I may perhaps have a wheat intolerance that has been undiagnosed till now because as soon as wheat was removed from my diet, I immediately noticed changes in my body.

This is the first diet that I have ever attempted where I actually believe I could succeed and it’s because I’m not spending all day limiting my portion sizes, starving or feeling deprived and like my diet is missing something.

I am really hoping that I can finally have some success with dieting. I’m excited about how well I’m feeling and how well my body seems to be coping with the change in diet. I’m excited to have a follow up with my GP in a couple of months time and check out all my vitals as I really do believe there is going to be a marked improvement all over but most of all, I believe I’ll see a great improvement in my insulin resistance.

For an interesting read, add Twin Noakes to your blog reader and follow the journey of identical twins, both with elevated cholesterol levels. One is following a high carb diet and one is following the modified Paleo diet, it makes for a very interesting read, I’m especially impressed and astounded by the results they’re both seeing in the % body fat, weight and over all health. 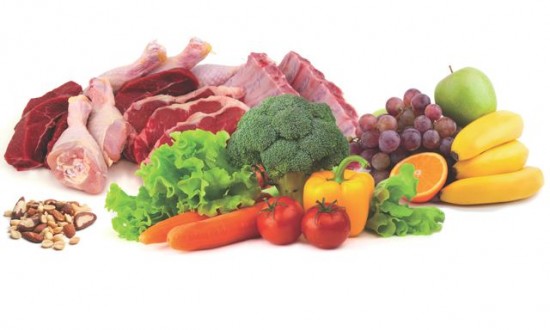 You May Also Enjoy

This site uses Akismet to reduce spam. Learn how your comment data is processed.

My Life In Squares

Raise your hand if you have ever seen something sh

Have you shopped online at @builderssa before? I

❤HANNAH❤ TODAY YOU ARE EIGHT! You surprise

I used to be The Blessed Barrenness, then I leveled up. Mom to a VSCO tween girl & a little princess via adoption. Disruptor! Queen!